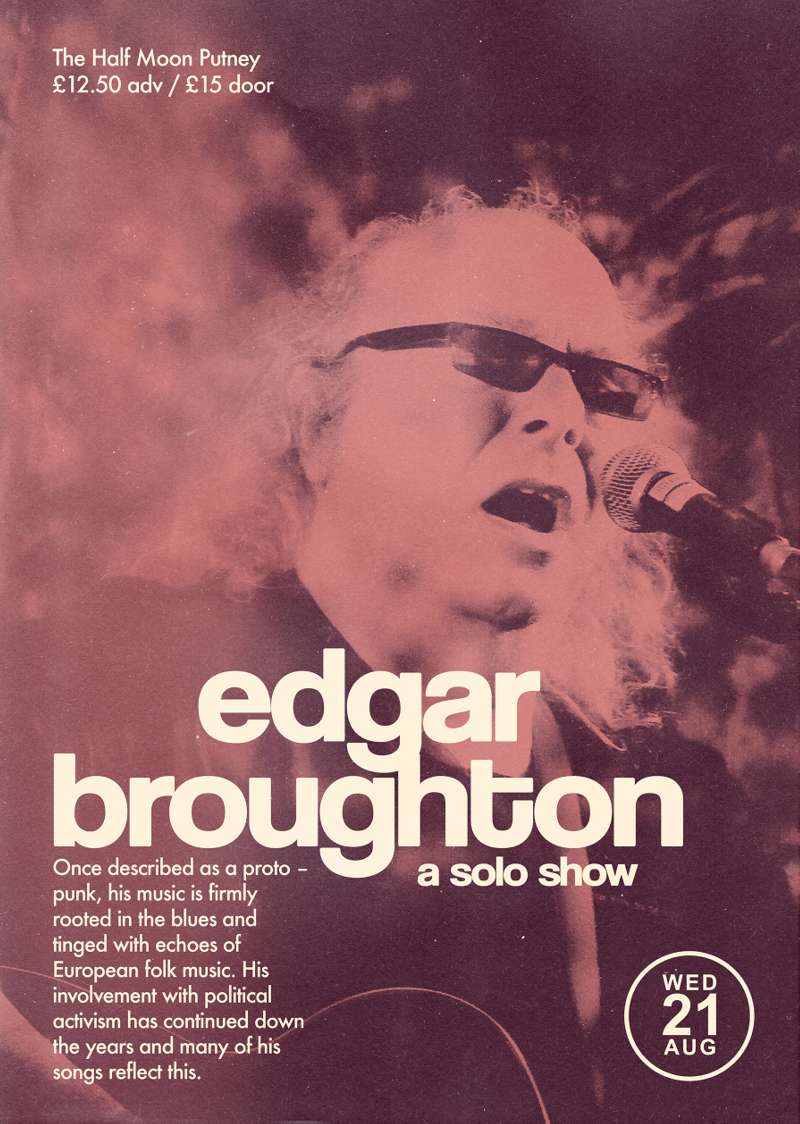 Edgar Broughton singer songwriter and guitarist was a founder member of the Edgar Broughton Band in the 60s. The EBB would soon become the flag waving agit rockers of the late 60s/early 70s hippie movement. They were one of the first proponents of free concerts.

The band was a formidable live draw propelled by a heavy psychedelic blues sound and Edgar’s phenomenal if untutored singing. And what a voice – not only did this guy have a name like a fire and brimstone preacher he sounded like one. All of Broughton`s albums were filled with full-on sonic attacks that took no prisoners. They also contained some truly thoughtful and beautiful music of great originality.

Edgar is well known as one of the most strident protest singers, but at times one of the most accessible – with a surprisingly diverse repertoire of self-penned material. With seven studio albums, two live albums and many compilations under his belt he has toured extensively since 1968.

Once described as a proto – punk, his music is firmly rooted in the blues and tinged with echoes of European folk music. His involvement with political activism has continued down the years and many of his songs reflect this.

His solo, acoustic performance is an emotive, entertaining tour de force containing both old favourites and new songs from the heart.

If you’ve never seen Edgar Broughton perform live then you’re really missing a treat, he really is one of a kind. This is the first time I’ve seen him playing acoustically without his band, and I’ll admit I was expecting to not enjoy it as much as the full-on Broughton electric-fest – he’s one of my favourite guitarists, and the sounds he can wring from an electric guitar are incredible. But what’s wonderful about him performing acoustically is that with the guitar stepping back slightly, it gives one of rock music’s most individual and striking voices the room it truly deserves. 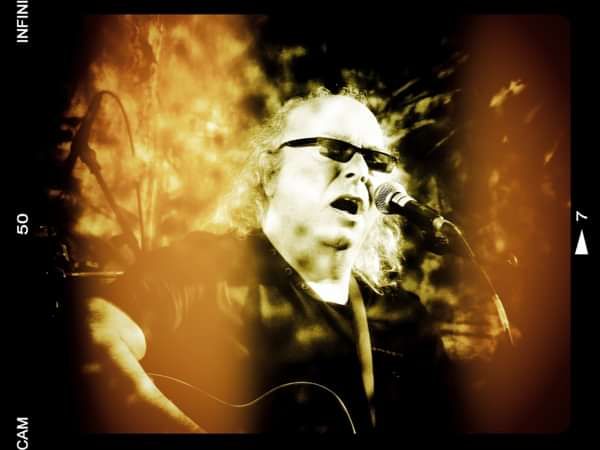