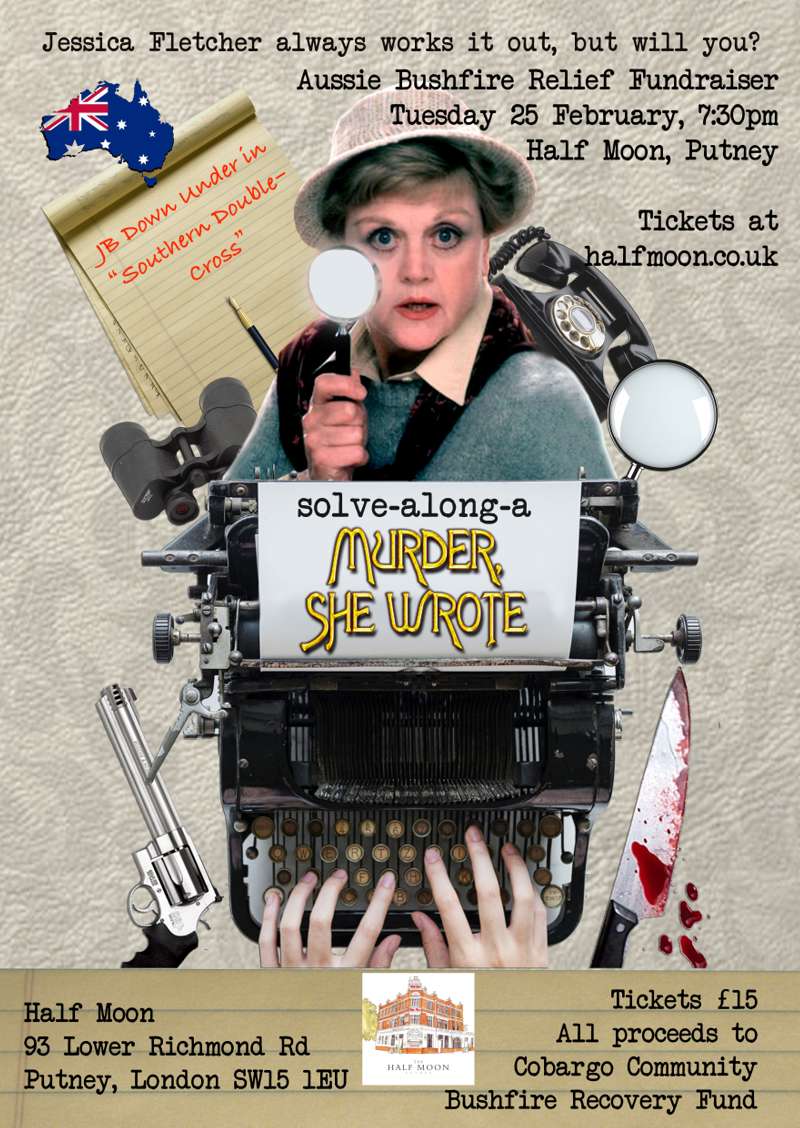 Cult show SOLVE-ALONG-A-MURDER-SHE-WROTE returns to the Half Moon Pub in Putney for a special hosted screening of "Southern Double Cross", the only episode set in Australia. All proceeds to benefit the Cobargo Community Bushfire Recovery Fund.

Features include: • A singalong to the theme tune with new lyrics! • Cabot Cove bingo! • A Whodunnit poll! • A Fame-o-meter! • A Suspicio-meter! • Clips and biogs of the campy guest stars!

Solve-Along-A-Murder-She-Wrote premiered in London on 22 August 2018 and has since sold out shows in Birmingham, Brighton, Southampton and Bristol and toured Australia in July 2018 as part of the Sydney Cabaret Festival.

Tim Benzie is a superfan of Murder, She Wrote, having watched the original series live when it was first broadcast, and now relishing the repeats on ITV3. The co-producer of cabaret club night PopHorror, Tim is also the co-writer of the Royal Vauxhall Tavern 2017, 2018 and upcoming 2019 pantos ‘Goosed’, 'Rubbed' and 'Slipped', and is an award-winning playwright and writer. In addition to PopHorror nights “I Still Know What You Did Donna Summer” and “The Cher Witch Project”, Tim has co-produced and starred in PopHorror immersive events “Horror Prom” and “Camp Friday 13th”.