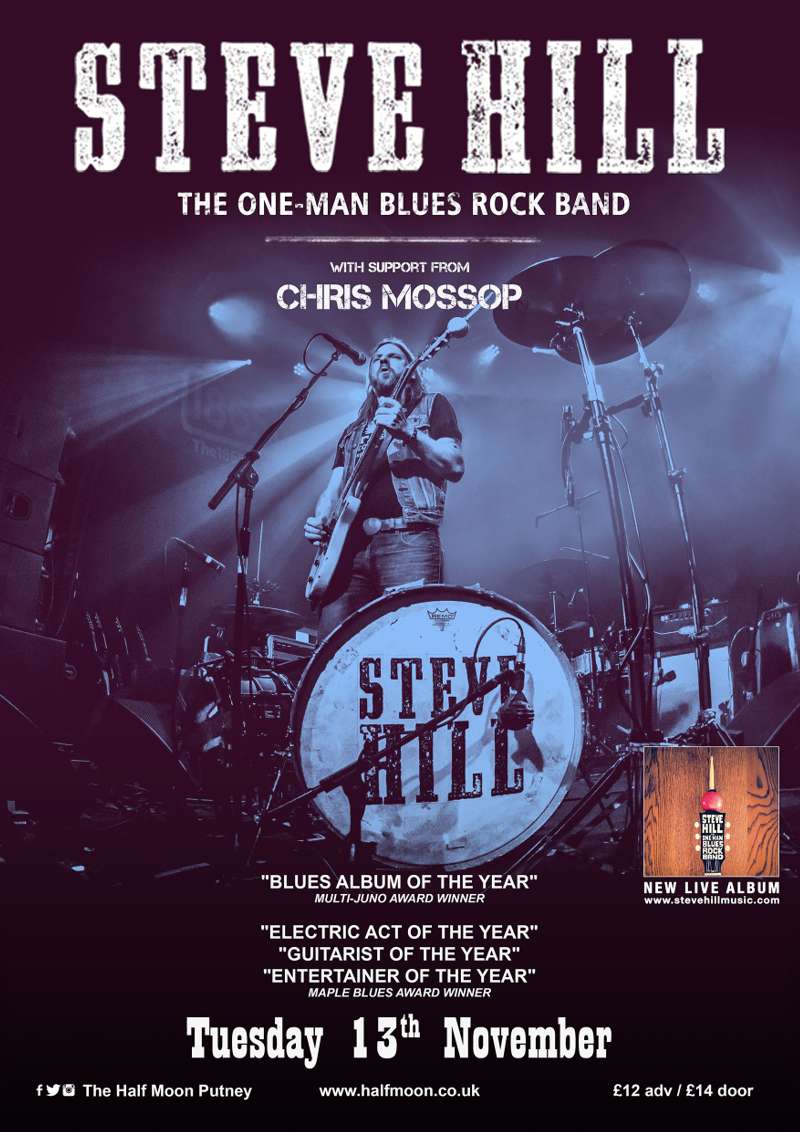 Steve Hill, the one-man band blues rock machine, will release his new 14-track live album “The One-Man Blues Rock Band” on Manhaton Records in the UK on Friday 11h May 2018. To support the release, Steve toured the UK in April and May supporting King King and Danny Bryant, and tonight headlines the Half Moon for the first time.

When it comes to one-man bands, guitarist and singer extraordinaire Steve Hill has no limits. Anything goes. He is the true exponent of a one-man band. Steve performs standing up while singing and playing guitar, his feet playing bass drum, snare drum, hi-hats and with a drum stick fused to the head of his trusty guitar, any other percussion within reach.

Steve’s an overnight sensation that’s 20 years in the making. He’s an ambitious and raucous force to be reckoned with on the Canadian and international blues-rock scene. Now, he’s ready to break out internationally.

Chris Mossop is a Scottish singer/songwriter currently based in London. He has one of those distinct voices that fully engages the audience and his tone is heartfelt and surprisingly disarming.

He was recently a finalist at the ‘Billy Kelly’ Songwriters award in Glasgow and has played at some of the UK’s most prestigious venues such as ‘The Borderline’, ‘Glasgow Royal Concert hall’’ and the ‘The Edinburgh Fringe festival’.

“Definitely one to watch” - Forth One Radio. 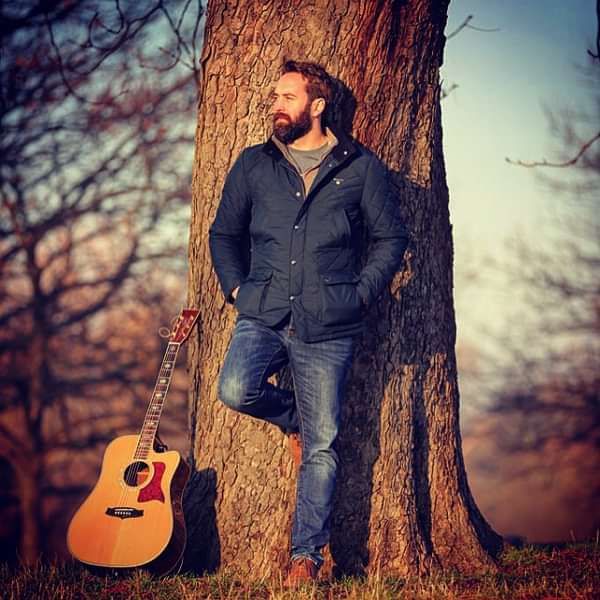