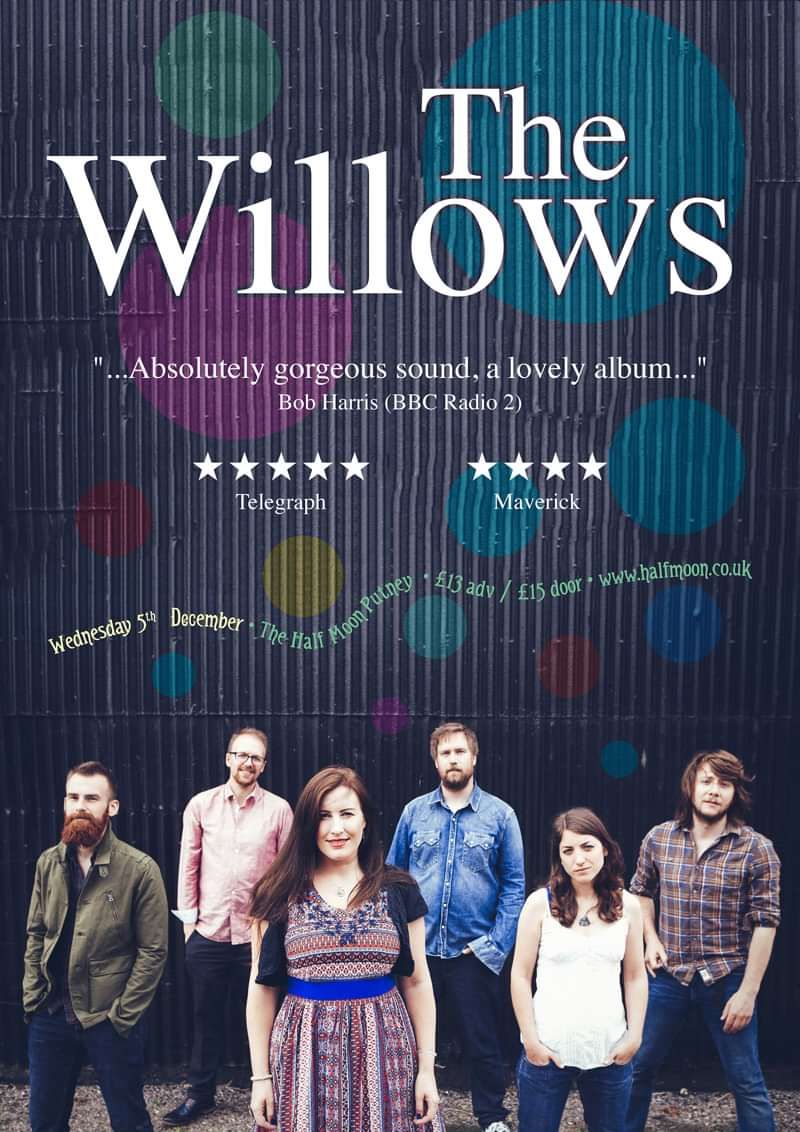 The Willows are a folk band from Cambridge, UK. Fronted by the breathtaking vocals of Jade Rhiannon, supported by rich vocal harmonies and dynamic acoustic musicianship the band take influence from folk traditions on both sides of the Atlantic. Their first album 'Beneath Our Humble Soil' was nominated for Best Debut in the Spiral Earth Awards 2014, and has been championed by the likes of Bob Harris and Mike Harding.

"Beautiful... I have a lot of love for this band!" (Kerry Devine BBC Introducing)

The much anticipated follow-up Amidst Fiery Skies, co-produced with Sean Lakeman was released to critical acclaim, with The Telegraph hailing it "a triumph" in a 5-star review and a place in their folk albums of 2014.

2017 brings the 2nd ever change to The Willows line-up with Jon Parker (formerly of Nizlopi) joining on double-bass. Katriona Gilmore (Gilmore & Roberts, Albion Band, Winter Union) has joined the band as well on fiddle. mandolin and vocals. 2018 sees the release of their highly anticipated third album and a UK tour.

"Already selected for the ‘next big thing’ from the burgeoning herds of young English folkies , their 2nd album is beautifully rendered" (Acoustic Magazine)

The band were formed in 2010 by husband and wife, Cliff and Jade, sister, Prue, and chance meeting via Gumtree, Ben. Following numerous gigs in folk clubs all over the the UK supporting the likes of LAU, Seth Lakeman, & Peatbog Faeries and an eponymous EP, the band released debut album Beneath Our Humble Soil in 2013. Produced by Stu Hanna (Megson, Faustus, Show of Hands), the album caught the attention of BBC Radio 2's Bob Harris who invited the band in for a live session midway through their UK tour. Maverick Magazine gave the record 4½ stars, and it was subsequently nominated for Best Debut in the Spiral Earth Awards.

Second album Amidst Fiery Skies sees the band further augment their sound with new member Evan Carson (bodhran), guest double bassist Ben Nicholls (Seth Lakeman Band, The Full English) and co-producer Sean Lakeman. For the first time the band present original, traditional and covered songs side by side, yet in many ways the record feels like their most homogenous work to date. Stories remain at the heart of the album: The banjo-driven Johnny Robson telling of a man who throws himself into the fire after an apparition of his deceased wife. The heartbreakingly tender Outward Bound (a variant on the Faithful Sailor Boy) depicting a ship’s safe return to land without the maiden’s lover aboard. Whilst, The Visitor describes a true story of arguably the most heroic lifeboat rescue in British history. The music itself is rich in power, with the band equally at home with pin-drop intimacy as they are invigorating foot-stompers.

Singer-Songwriters Daisy Chute and Cerian co-founded the collective HEARD after they first met in the studio recording vocals for Radiohead album A Moon Shaped Pool in 2016 and then singing Ilan Eshkeri’s score for the Burberry fashion show shortly after.

Both multi-instrumentalists with Celtic roots and renowned for their angelic voices, they decided to combine forces and form a new collective of female musicians who tour together, play together and support one another. The idea was born out of a desire for more female representation in the industry and was inspired by other collectives such as Nashville-based I’m With Her, British collaborations Songs of Separation, Woman to Woman and music by indie folk/pop bands like First Aid Kit and The Staves. 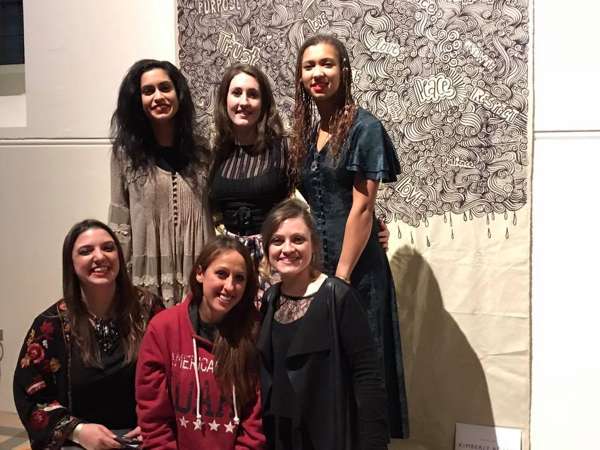