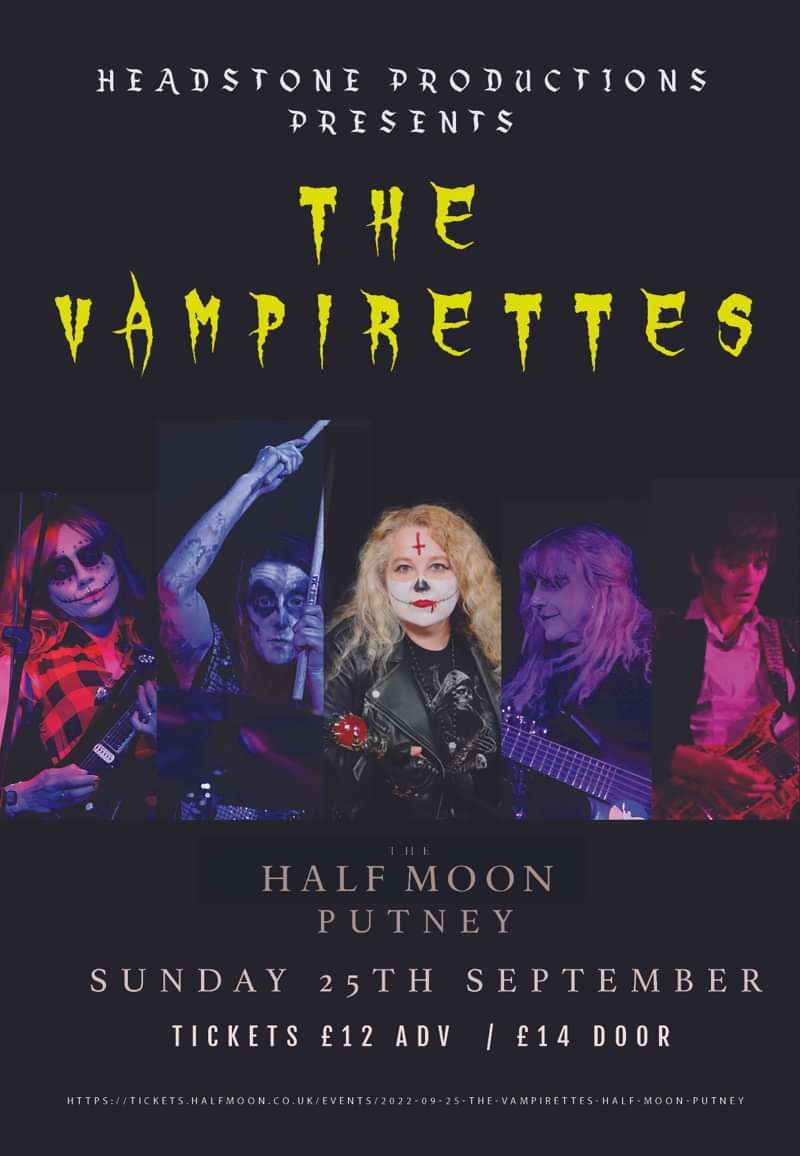 The Vampirettes have RISEN! The ‘60s girl group, The Wandettes had built up a massive cult following before mysteriously disappearing on a trans-Atlantic flight in 1966. There was talk of the Bermuda Triangle, and strange forces afoot, but quite simply, the band had vanished.

Fast-forward to 2020 and amid tales of strange happenings, mysterious sightings and general shenanigans, the Vampirettes emerged from the crypt. Who knows what kind of journey the girls had been on, they aren’t telling and may not even know, but the Wandettes have been reincarnated as the Vampirettes and are hell-bent on making up for lost time. The band metamorphosed at Ealing Blues Festival, in July. It is quite possible that many of the audience did not realise the risks they faced being in the presence of real vampires. Thankfully they had been well fed and watered so were relatively safe and show finished before a feeding frenzy could begin. Think Shangri-las meet Motorhead and you’re on the right side of the crypt, with a special guest appearance by the grim Reaper himself.

Don’t let the fact that the Vampirettes are fully fledged vampires stop you going to a show. Treat them right, ply them with food and drink and they will reward you. Just don’t offer them a Bloody Mary, they may get the wrong idea! 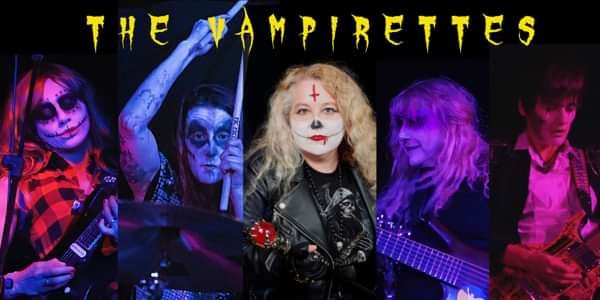