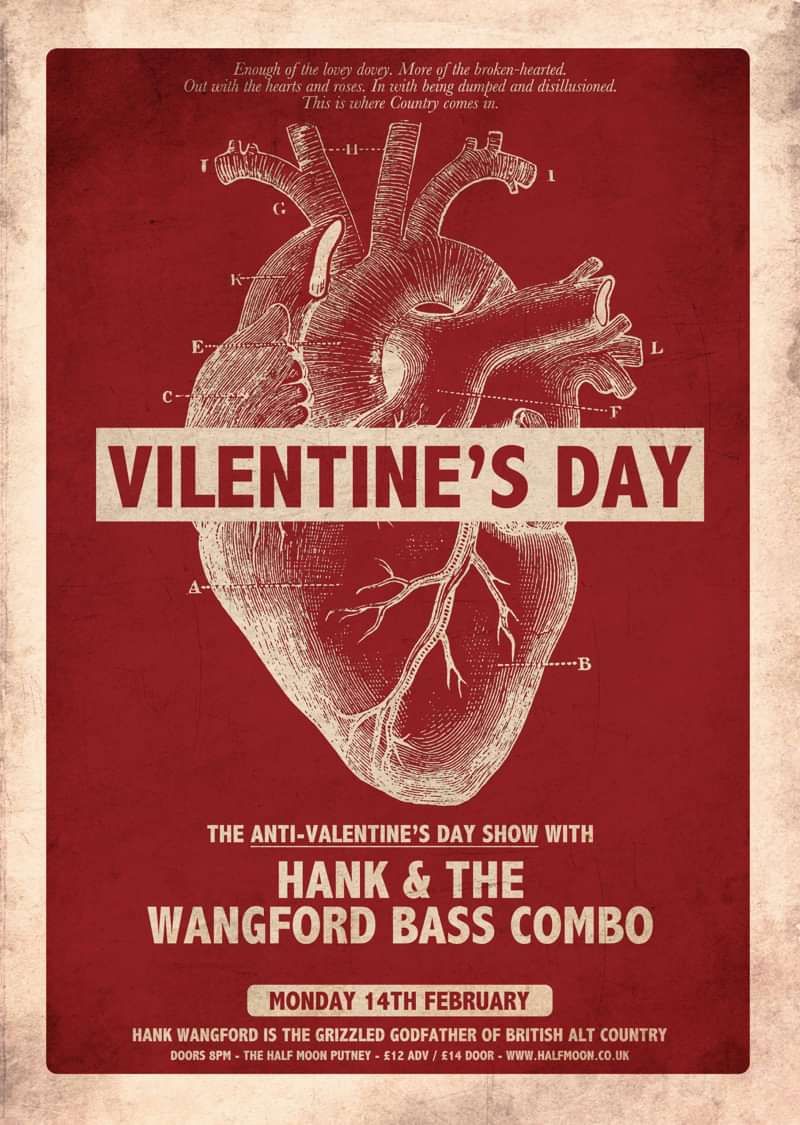 Hank Wangford who has spent a lifetime digging out nuggets from the dark underbelly of Country Music, is the grizzled Godfather of British Alt Country.

He’s coming to the Half Moon on Monday February 14th with The Wangford Big Bass Combo for his annual attack on the chocolates, candles and roses culture of Valentine’s Day.

The Big Bass Combo has augmented the deep reverberant twin basses of Spanna Robinson and Lord Kevin Foster with Noel Dashwood on Dobro and Mike Pickering on Drums.

Vilentine's - dedicated to everyone who has been cheated on, two timed, divorced and left in the lurch by a dodgy lover. Who better than Hank to cast a jaundiced eye on the sickly sweet sentimentality of Valentines Day.

Enough of the lovey dovey. More of the broken-hearted.

Out with the hearts and roses. In with being dumped and disillusioned.

This is where Country comes in.

Come and Sing Your Hearts Out!

If Daniel O'Donnell is the brightly scrubbed face of British country music then Hank Wangford is its guilty conscience, its dark and troubled grubby soul. Hank has picked at the miserable underbelly of country music for twenty eight years, inspiring others like Billy Bragg, The The, The Alabama Three and other alt.country musicians.

He has spread the word with his two ground breaking television series, Britain’s first on Country music, "Big Big Country" and "The A to Z of C&W" and his books "Lost Cowboys" and "Hank Wangford Vol 3 The Middle Years". 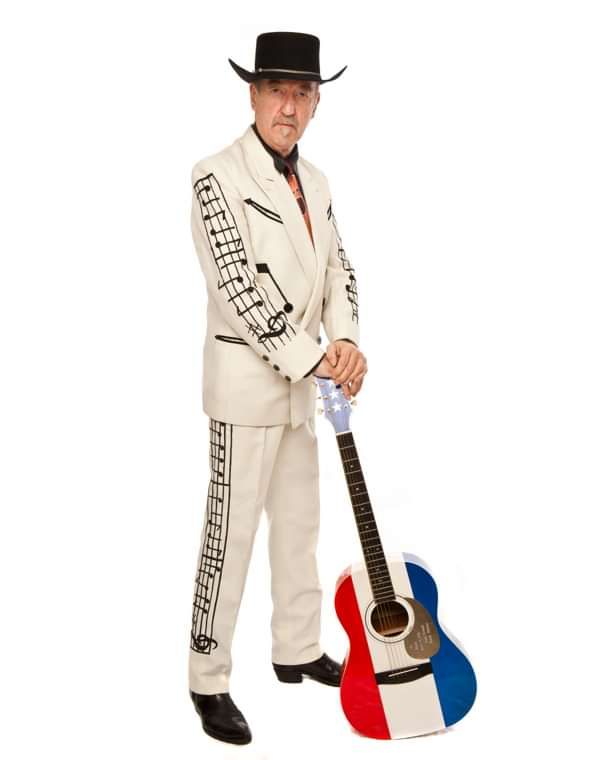