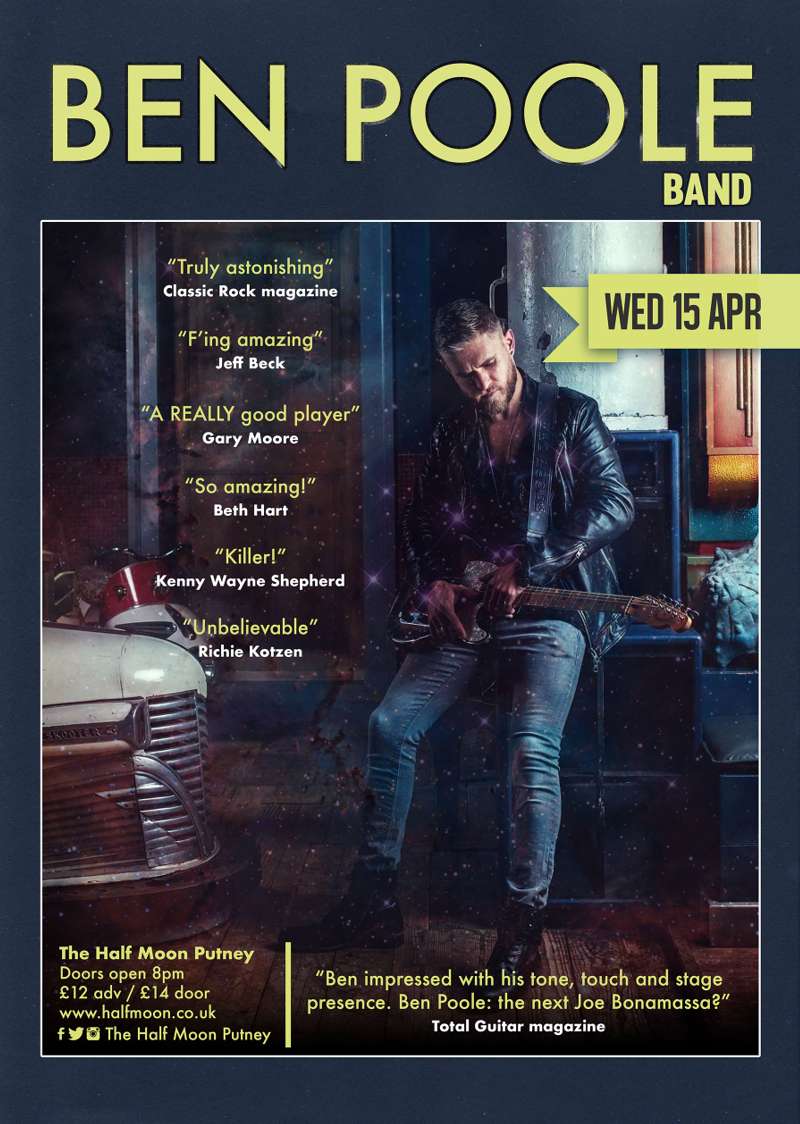 ‘Time Has Come’ was not only the title of Ben Poole’s previous studio album – but also the consensus of the press, punters and star players who have caught this British gunslinger on his rise from hot-tip to headline act. Now having just finished a 140 date, 19 country tour of his latest and highly anticipated album ‘Anytime You Need Me’, it appears things are only going from strength to strength with this now well established Blues, Rock & Soul guitarist, singer and songwriter. Ben has moved fast since he burst out of the Brighton Institute Of Modern Music onto the post-millennial scene. We’ve had the breakthrough debut album (2012’s ‘Let’s Go Upstairs’). We’ve had the rocket-fuelled live release (2014’s ‘Live At The Royal Albert Hall’). ‘Time Has Come’ fused both sides of Ben’s musical personality, capturing the gritty velocity of his shows in a studio context. “We really wanted to get a balance between a live sounding album and a well-produced, polished-sounding one,” he explains. “There’s a rawness and edginess, but also a subtlety and intimacy. I think we captured what I’m all about with that album, but with the new album the small but amazing team around me pushed me even further as an artist, and as a result we’ve created something way beyond what I could have ever imagined I was capable of.”

“Definitely one to watch” – Guitarist Magazine

When you hear comments such as the above from some of the greatest guitar players ever, some of the most respected blues/rock/soul artists in the world today, and some of the leading magazines and radio presenters in Europe, you just know that they have heard something very special. Twenty-eight year old Ben Poole is currently being described as one the most exciting young Rock, Blues & Soul artists to come out of the UK for a long, long time!

Having already played with, and received critical acclaim from some of his heroes; legendary blues artists including Jeff Beck, Gary Moore and John Mayall, it appears that there is no stopping this young and incredibly gifted musician. His latest recordings reinforce this and make it blatantly clear that Ben is destined for a great future on the European Blues/Rock scene.

“Ben really brings the fire with his licks. He’s got neck-snapping vibrato where he catches a bunch of strings at once and grinds the shit out of them. By the way he hits the guitar, we can only assume it’s been saying rude things about his mother! Ben impressed with his tone, touch and stage presence. Ben Poole: the next Joe Bonamassa?” -‘Total Guitar’ magazine

“A fleet fingered and talented newcomer to the British blues scene. His playing may be ferocious but he rarely sacrifices precision for it. His phrasing belies his years. Definitely one to watch.” -‘Guitarist’ Magazine 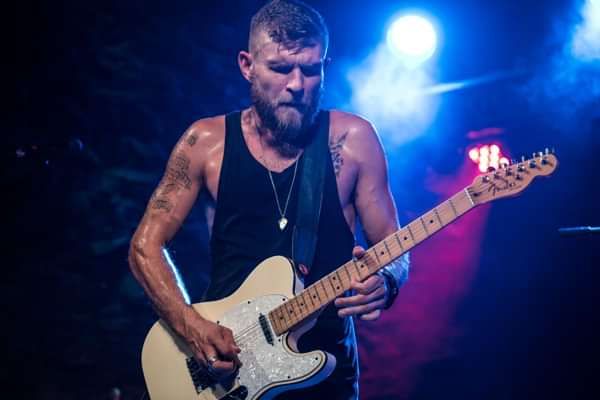