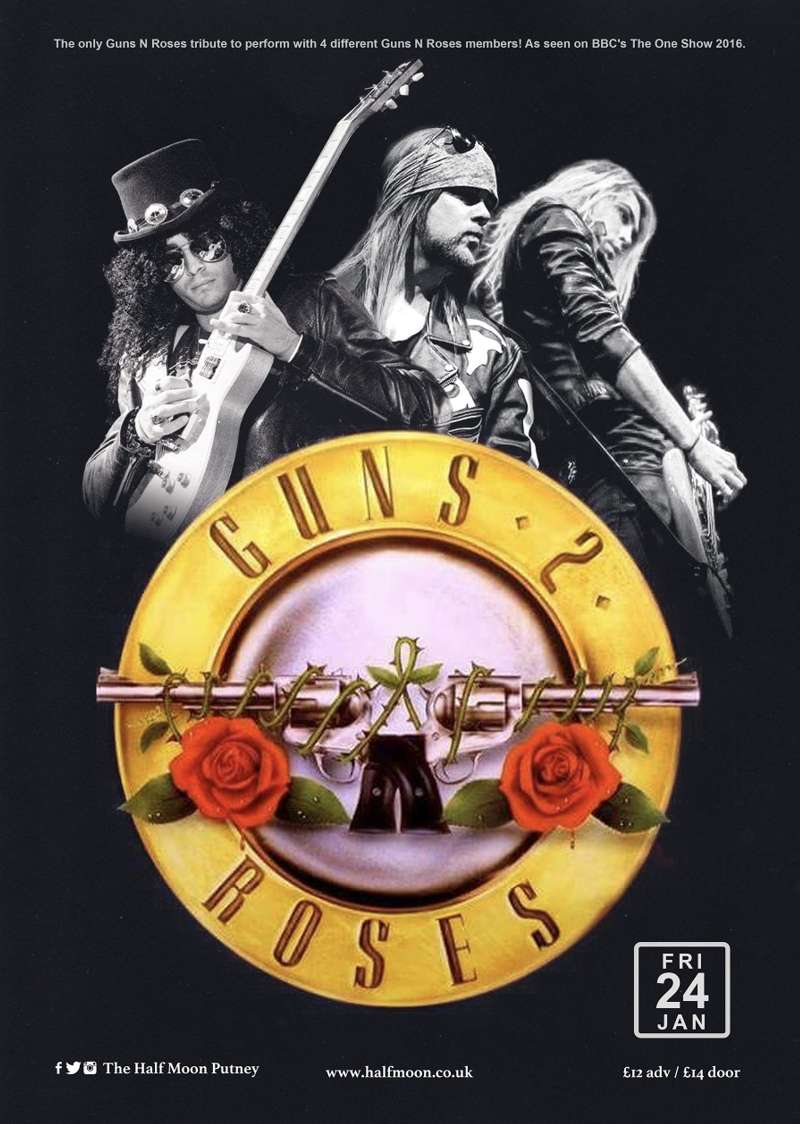 Guns 2 Roses are a six piece band who capture the spirit of Guns N Roses so naturally the fans think its the real thing, G2'R are also mirror images to classic GNR, with ever changing authentic stage outfits to catch the era and stage performances down to the last detail.

Playing many songs from Appetite For Destruction, GNR Lies, Use Your Illusion I and II, Spaghetti Incident? and even tracks from Chinese Democracy. Guns 2 Roses sometimes even throw in the songs that GNR did live that never made it to an album to keep with the GNR spirit and deliver a different show everytime.

Guns 2 Roses have existed since late 2002 and have become biggest GNR tribute in history with the history to prove it! Their ability to emulate classic Guns N Roses has even been approved by members of the original and current lineup of GNR and is also why G2R are the most famous GNR tribute band in the world. Guns 2 Roses became a world famous name in the past decade and a half.

They have and still play to thousands throughout the UK, Europe, Middle East, India, Japan and USA. 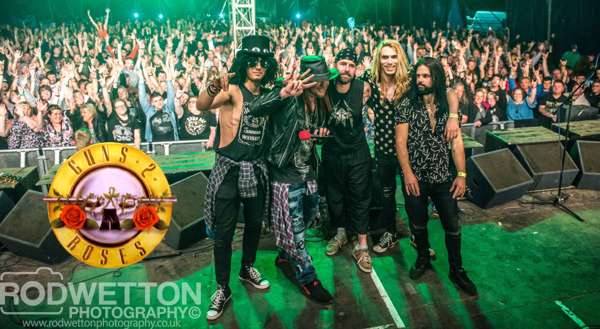