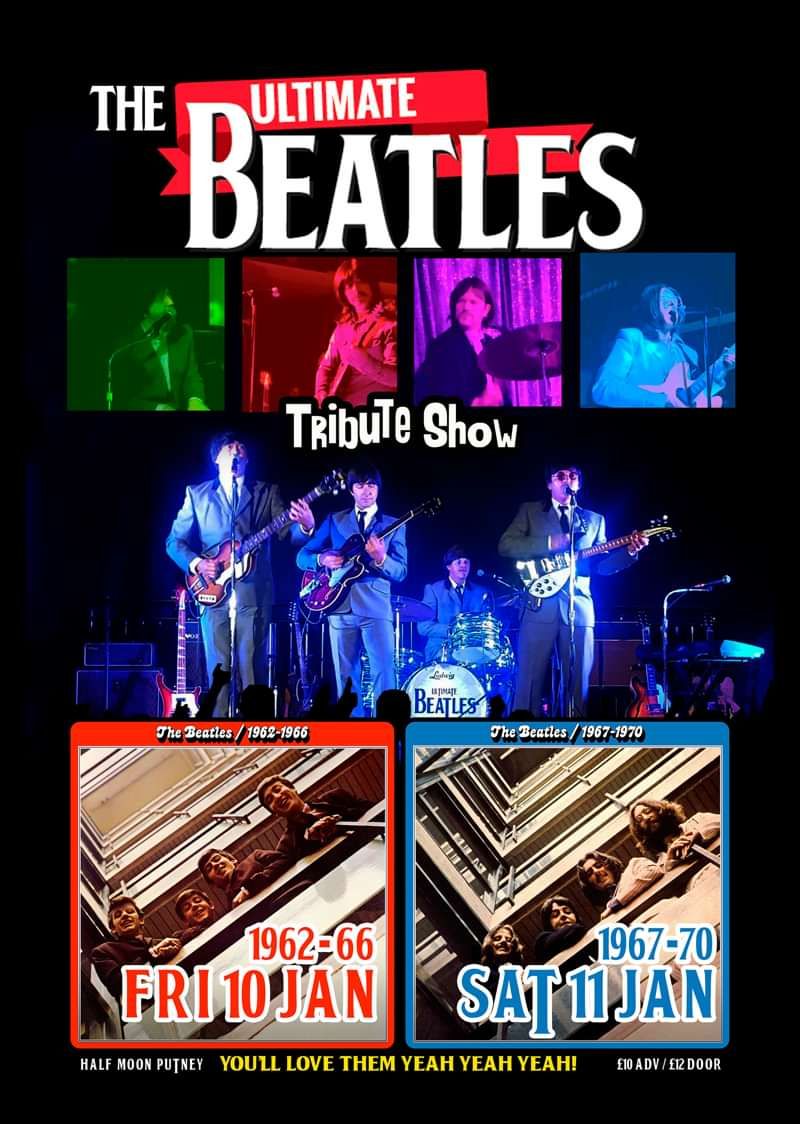 Ultimate Beatles are one of the UK’s top Beatles tribute bands. The band formed in 2001 and since then have been thrilling audiences all over the world with their accurate recreation of a live Beatles concert.

The band has headlined festivals, performed at countless clubs, parties and corporate dos and entertained celebrities such as TV and film actress Anna Friel, sports stars Phil Tufnell, Ian Botham and Denise Lewis, Channel 4 newsreader Krishnan Guru Murthy and MPs Jeremy Hunt and Zac Goldsmith. In 2013 the band performed live on BBC1’s The One Show in front of an audience of 4 million alongside late comedian Ronnie Corbett and ex Spice Girl Mel C.

Their musical journey has taken them to France, Latvia and even Beirut. Ultimate Beatles look the part as well as sounding great. They use the exact instruments the Beatles used, wear accurate costumes and even emulate the Beatles’ cheeky Liverpudlian wit and personalities. Close your eyes and you’d think you were hearing the real thing.

For the first of this weekend’s two shows, the band will perform Beatles songs from 1963 to 1966, recreating the magic of the mop top era from the early days of the Cavern Club in Liverpool through to the legendary performance at Shea Stadium.

Ultimate Beatles were formed in 2001 as a surprise wedding band for a friend. The performance was a huge success and the band quickly gained further bookings. Going from strength to strength with every performance and having a great time along the way, we decided to go all out…

Since 2001, they have played over 1,00 shows including bars, clubs, celebrity weddings, parties, festivals, radio shows and prime time TV appearances.

Highlights were appearing on BBC1’s ‘Great Britons’ programme and ‘The One Show’ where we met Mel C and the legendary Ronnie Corbett! We have also performed live for Iain Lee on BBC Radio.

Expect... She Loves You Twist and Shout Can't Buy Me Love A Hard Day's Night Help! We Can Work It Out Hello Goodbye Hey Jude And many, many more... 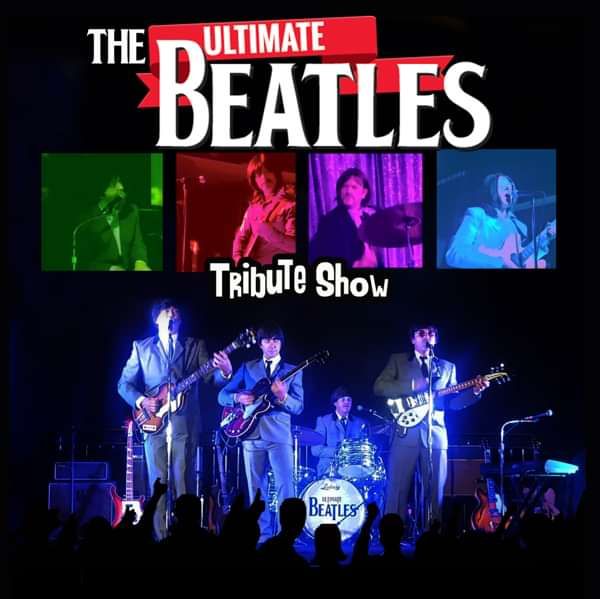