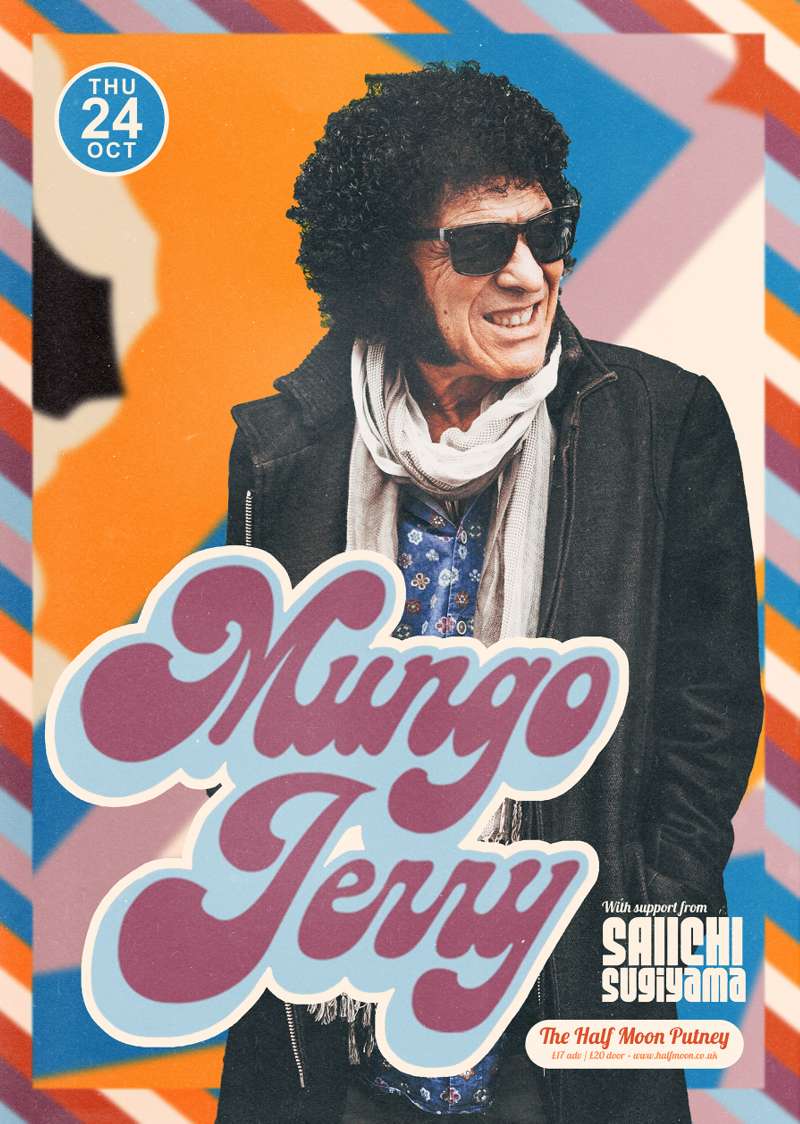 In The Summertime, by Mungo Jerry is one of the fastest selling singles of all time.

It was recorded early in 1970 and within weeks, the record had become a global hit sending its composer, lead singer and front man, Ray Dorset aka Mungo Jerry into a completely different world from being a semi-pro musician to an overnight international star.

Over the years, Ray Dorset has become known as the songwriter and his alter-ego, Mungo Jerry as the performer.

Support is from Saiichi Sugiyama.

The song most associated with MUNGO JERRY is the global hit IN THE SUMMERTIME, it sold over six million copies worldwide in the first six months of release and that total is now estimated to be over a staggering thirty million units, and it is now officially recognised as the most played summer song of all time. Winning for itself and its writer RAY DORSET, prestigious Sony / ATV and Ivor Novello awards.

In describing the music of MUNGO JERRY as pure pop would be an insult to the varying styles of rock, blues, boogie and skiffle that has graced the stages of concerts and festivals which have seen MUNGO JERRY sharing and indeed at times topping the bill with the likes of JIMI HENDRIX, ELTON JOHN, ROD STEWART & THE FACES, GENESIS, STATUS QUO, CANNED HEAT, FREE.

Just after the single's release, the band turned in a breathtaking performance at the Hollywood Music Festival, near Newcastle Under-Lyme with acts including BLACK SABBATH, TRAFFIC, JOSE FELICIANO and making their first UK appearance, GRATEFUL DEAD.

Soon after, the music press screamed their approval with headlines of - MUNGOMANIA! and MUNGO JERRY FEVER! The long awaited follow-up to 'In the SUMMERTIME' was 'BABY JUMP', which also made No 1, it was a Hard rocking Ray Dorset composition much influenced by his Rock a Billy connections, then another of his compositions, Lady Rose, became the third Mungo maxi single and made No 3 in the charts, only failing to make the No 1 spot because of the fact that a track on the maxi, "Have A Whiff On Me", Was banned by the BBC because of it's drug connotations, and had to be re-pressed at the request of the Director of Public Prosecutions.

1973 saw one of MUNGO JERRY's biggest hits, 'ALRIGHT ALRIGHT ALRIGHT' race up the charts to No.3 with the follow-up WILD LOVE charting and LONG LEGGED WOMAN DRESSED IN BLACK' continuing the hit making sequence along with songs like 'HELLO NADINE' , 'IT'S A SECRET'. FORGOTTEN LAND and LET'S GET STARTED etc. 1980 saw RAY DORSET back at No.1, when Scottish singer KELLY MARIE hit the top spot with his composition Feels Like I'm In Love.

No history of MUNGO JERRY would be complete without mention of the project in which, Ray invited rock legends, PETER GREEN, formerly of FLEETWOOD MAC and VINCENT CRANE of ATOMICROOSTER, to a jam at his home studio which resulted in the KATMANDU album, 'A CASE FOR THE BLUES'.

In 1995 Shaggy released a new reggae version of 'IN THE SUMMERTIME' complete with samples of Ray's voice and guitar, it reached number 5 in the UK singles chart, but more importantly topped the charts in theUSA, meaning that the song had now hit the top spot in every major territory in the world.

Instead of simply resting on his laurels and living off the success of the world's biggest selling Summer song In The Summertime. Ray Dorset aka Mungo Jerry has in this new millennium maintained his reputation as the King of the Groove by releasing some of his best and strongest work and Mungo Jerry's live stage performance has been much acclaimed at Blues, Jazz and Rock Festivals throughout the world.

Saiichi Sugiyama is a talented singer-songwriter who performs his own material, some written with Cream lyricist Pete Brown, or hand-picked covers, with elements of Classic Rock, Folk, Blues, Soul, Jazz, and Americana. 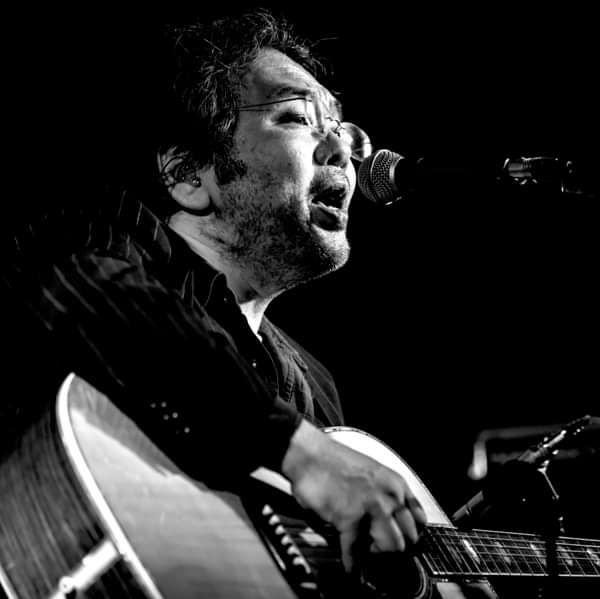