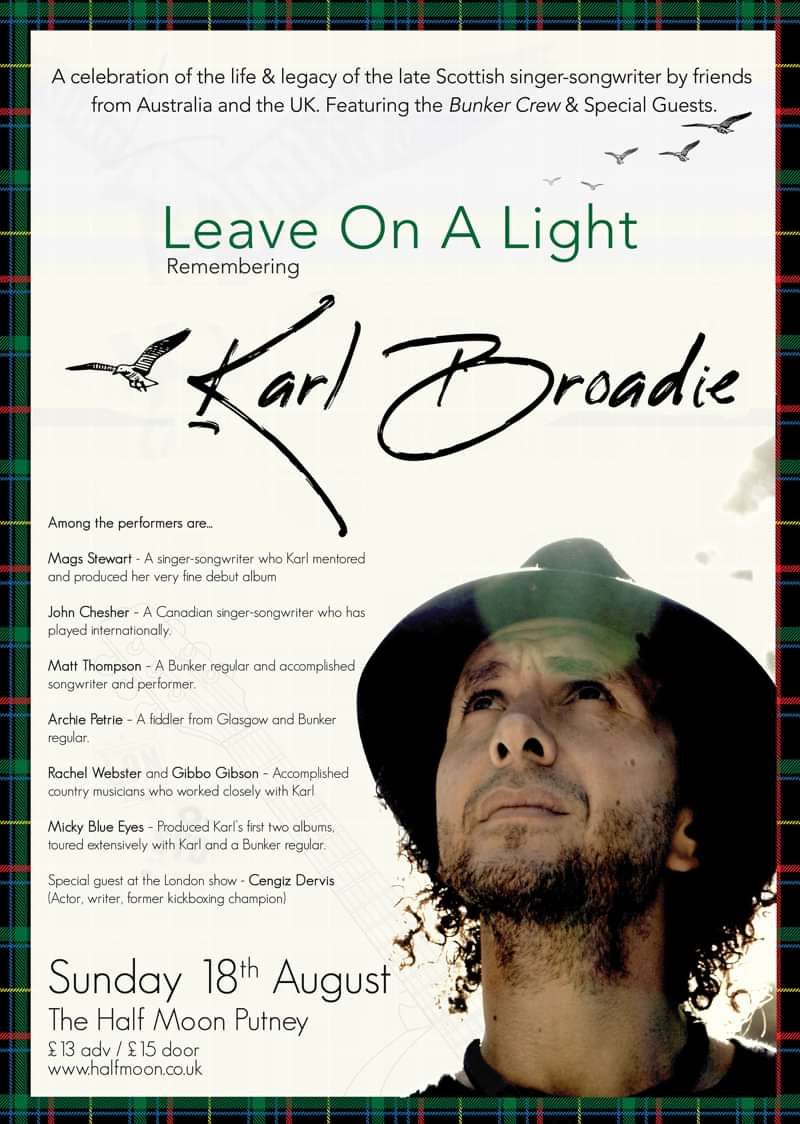 A group of Australian musicians are playing a series of gigs in the UK to celebrate a dear friend who passed away in 2016, award winning singer-songwriter Karl Broadie.

A Scots born musician who grew up in Edinburgh and London and set out for the Antipodes in the late 1990’s, Karl was a touring and recording artist signed to Independent label Laughing Outlaw and to the ABC music label, the equivalent of BBC Music. Karl was a much respected songwriter, winning the Americana section of the International Songwriting Competition with Black Crow Callin’, the title track to his second album, (Universal Music 2004). He continued to create memorable songs and albums, working continually until a sudden illness took him too early in April 2016.

Karl was so involved in creating and influencing a community of performers and writers during his time in Sydney, that many of his friends and peers felt moved to bring his songs back home as a tribute to the man and his art. In that spirit a group from a regular gig Karl ran at The Bunker in Coogee are coming to the UK to play his songs and tell stories to the people who missed all the tribute gigs that flowed in Australia after his untimely passing.

Among the performers are –

John Chesher – A Canadian singer-songwriter who has played internationally.

Matt Thompson – A Bunker regular and accomplished songwriter and performer.

Archie Petrie – A fiddler from Glasgow and Bunker regular.