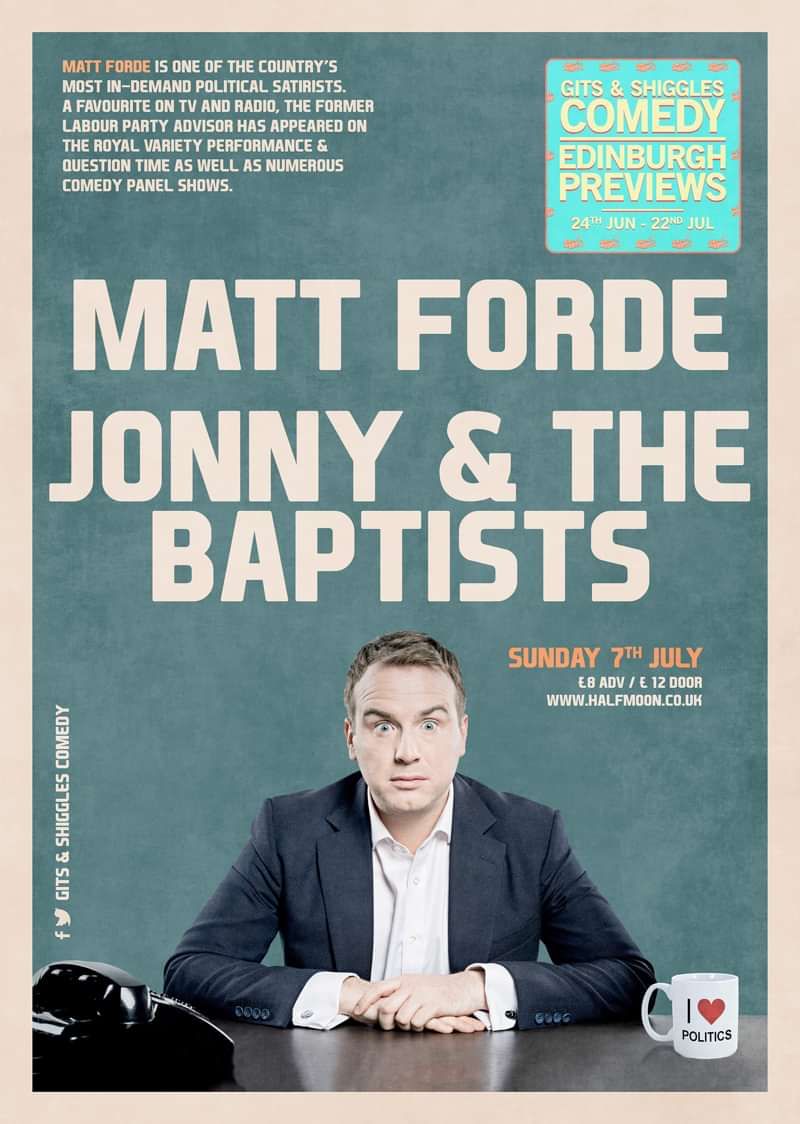 Gits and Shiggles Comedy's season of previews and works-in-progress continues. Two hour long shows from some of the best acts in the UK.

Matt is one of the country’s most in-demand satirists, having appeared on The Royal Variety Performance 2015 (ITV), Have I Got News For You (BBC One), Mock the Week (BBC2 Two), Rory Bremner’s Coalition Report and Election Report (both BBC Two), 8 out of 10 Cats (Channel 4), Question Time (BBC One), This Week (BBC One) and Jon Richardson Grows Up (C4).

Following a total sell-out run at the Edinburgh Festival’s prestigious Cabaret Bar and a recently announced nationwide tour of Matt’s latest show, It’s My Political Party (and I’ll Cry if I Want To), September 2016 sees the launch of Unspun with Matt Forde, Matt’s new political comedy show for DAVE, combining topical stand-up, filmed segments with the best political comedians from around the world, and interviews with leading names from British politics.

2015 saw Matt take his sell-out, critically-acclaimed 2014 Edinburgh Festival Fringe show 24-Hour Political Party People for a week-long run at the Soho Theatre as well as tour it nationwide. He returned to the Edinburgh Festival in 2015 with his new show, Get the Political Party Started, which enjoyed a sell-out run, before going on to run for a week at Soho Theatre and a nationwide tour.

Matt’s monthly residency in London, The Political Party, regularly sells-out Westminster’s St James Theatre. Alongside Matt’s trademark up-to-the-minute current affairs stand-up, the show brings Parliament to life as Matt interviews some of politics’ most significant characters. Past guests have included Tony Blair, Alastair Campbell, Nigel Farage, Michael Portillo, Dame Tessa Jowell, John Prescott, Alan Johnson, David Davis, Stella Creasy, Jack Straw and George Galloway. The show is also released as a podcast which has amassed over 100,000 downloads on Soundcloud, hit the top spot of the iTunes comedy chart, was picked as the Daily Telegraph’s podcast of the week, and was nominated for the Internet Award in the 2015 Chortle Awards.

Matt also hosted a spin-off show, The Sports Party, for talkSPORT radio which saw Matt interview sporting figures alongside celebrity fans. Guests of the series included Jimmy Bullard, Eric Hall, Dave Bassett, Jon Richardson and Romesh Ranganathan. Matt previously hosted his own late-night show on the station, as well as co-hosting The Warm Up with Jon Richardson which took a light-hearted look at the weekends football fixtures each Saturday from 11am-1pm. Previously, Matt has also been heard on the radio on The Now Show and The News Quiz (both on BBC Radio 4) and he regularly reviews the newspapers for Sky News and has contributed to features on ITV’s evening news. 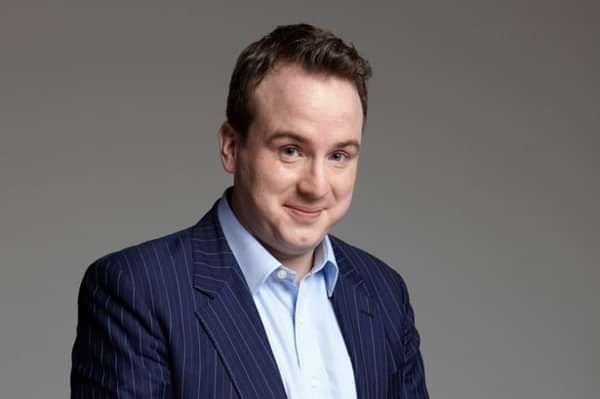 'The enthusiasm, avidity and passion of the band radiate well after the gig has finished' (The List) 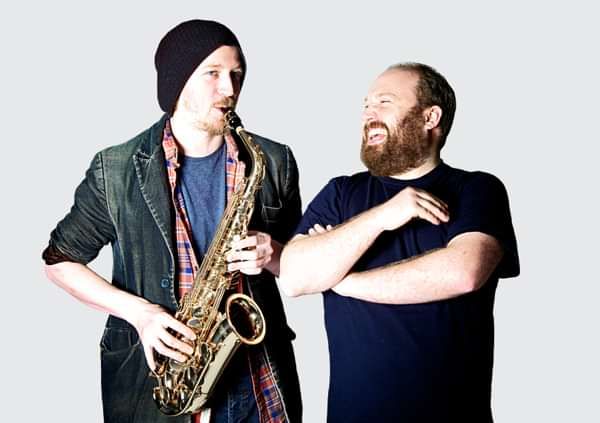