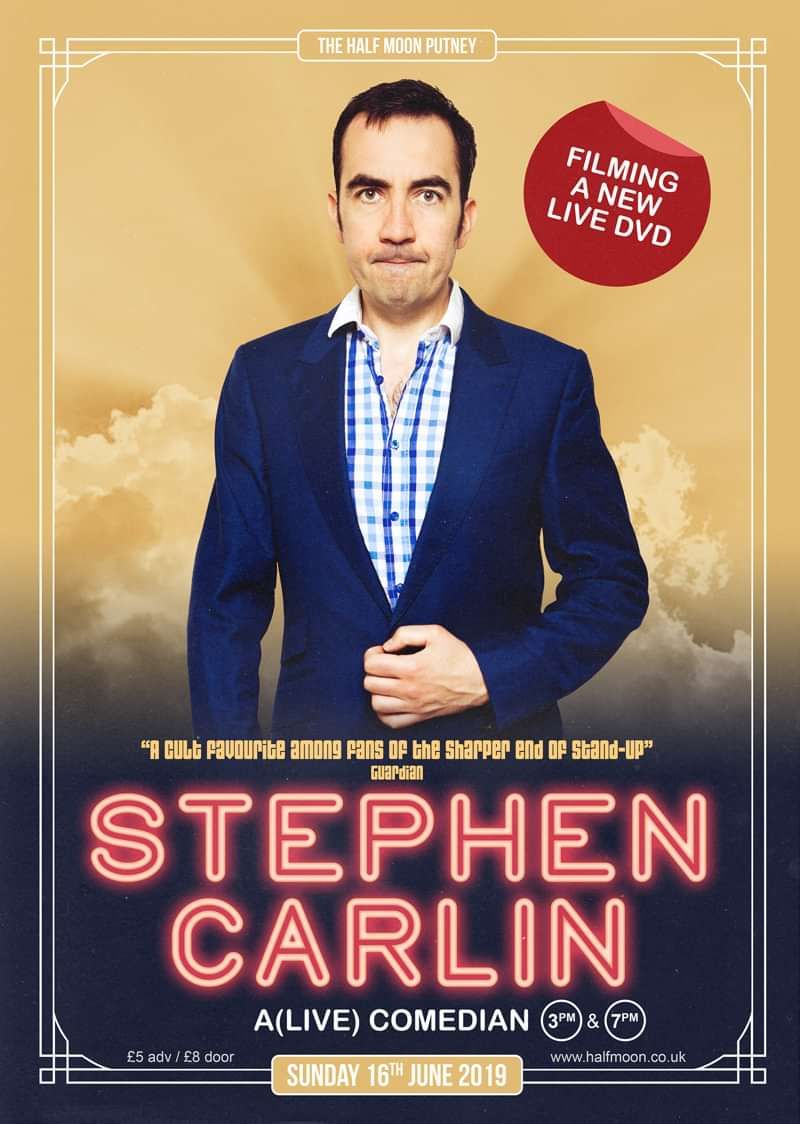 Chosen as one of Stewart Lee’s Ten Best Stand-ups in the world ever and fresh from appearing in BBC Scotland’s Comedy Underground, Stephen Carlin comes to the Half Moon to record his latest live DVD comedy special.

One of the most inventive stand ups in the UK, he has gained critical acclaim and a growing fan base with his original material and his accomplished delivery.

Come and see history in the making and mark the recording of this unique performer at the height of his powers.

“A cult favourite at the sharper end of stand up” Guardian

“If this man isn’t a household name in five years time, the world is even more lacking in justice than we could have feared” - Scotsman

“Announcing the arrival of a new comedy original” Herald

“Terse and intense Stephen Carlin holds the bottom of a dirty whisky glass to his eye and sees the world through its filthy clouded prism reporting his findings in the tight brutal patois of the Scottish Snooker Club” Alternative Comedy Experience.