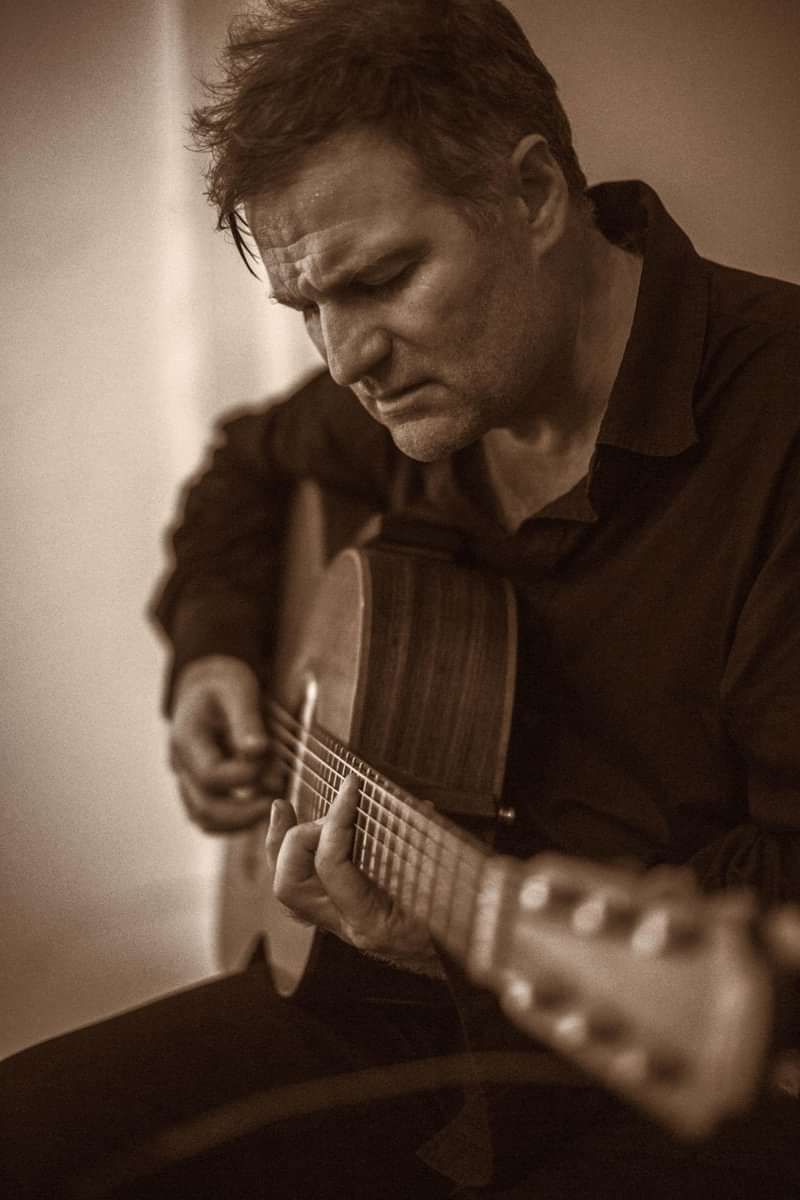 NICK HARPER is one the UK’s best kept musical secrets. Those who have witnessed the spellbinding, one-man show will tell you this.

A childhood growing up surrounded by the musical prowess of some of the 60’s most revered songwriters & musicians, not to mention being son of Roy Harper, along with 20 years of crafting songs & touring the land has spawned a truly one-off, original guitarist & songwriter who stands alone as a UK great, to be cherished & revered.

Nick has recently set off into deep Harperspace to retrieve his new album which will be available in Autumn 2020 to accompany one of his most extensive UK tours to date. Keep an eye for updates as one of the UK’s most loved creative pioneers begins to unveil his latest work…

For over two decades, he has been dazzling audiences, reviewers & fellow artists alike with his heady mix of virtuosity, boyish charm, showmanship & sheer bravado. An imagination bursting with ideas has seen Nick release 11 solo albums to critical acclaim, earning a Number 1 spot in the charts with the seminal hit ‘Blue Sky Thinking’.

Early 2018 saw Nick return to the live circuit with a newly formed solo set featuring quadraphonic sound & re-imaginations of songs pre-chosen, by request, by Nick’s fan base. The ‘100 Things’ tour proved to be a hugely successful return to the stage with all but a handful of shows selling out. 2018 also saw Nick Harper perform his first spoken word piece, A Wiltshire Tale, at some of UK’s most prestigious venues. It is a journey through Wiltshire’s (where Nick later grew up) history, landscape & wildlife. Depicted through the voices of three characters, this one-man show bears witness to this most magical of counties in spoken word, poetry & live music.

2019 Nick embraced his legacy and extensively toured the UK with the award-winning show, 58 Fordwych Road. It centred around a living room in a small flat in Kilburn, London in the mid 1960s. Then the abode of up-and-coming singer-songwriter Roy Harper & his wife Mocy. The flat was an after hours hang-out for the legends who played at Les Cousins in Soho at the height of the acoustic explosion in swingin’ sixties London. People like Bert Jansch, Davy Graham, John Renbourn, Paul Simon, Marc Bolan, Sandy Denny & others dropped in, to drop out, jam & try new tunes. But, all along, there was someone else there… a toddler, part of the family, inhaling the music & absorbing the vibe; Roy’s young son, Nick Harper. This heart-warming show that saw Nick play renditions of the great’s masterpieces and was a rare opportunity for fans to hear Nick perform his father’s material –– needless to say it was fiercely endorsed by his fans.